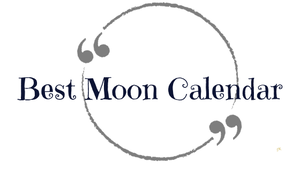 How can any of this help me today?

If the moon is in a sign, where people are more rebellious or feel more comfortable taking risks, and you have a teen who wants to spend the night at a friends, do you want them to be where you can keep your eye on them? or do you want them less supervised?

Are you an employee that want's to ask for a raise? Then you want to know which moon people tend to hold their money closer, and which one offers a more generous energy, right?

Planning a wedding? Well then you definitely want to know which moons tend to make things last the longest and build value.

Do you tend to speak to much, and wish there was a heads up of when you maybe should watch your mouth a little closer? There's a moon for that solution too.

So wait, if it a rebellious moon energy, and a full moon, it's even stronger? YES, and be honest doesn't every parent want to know when those trying days are in the month toddler age on up?

Full Moon, is when the moon is a full bright circle over head.  When the full moon is overhead the tides are higher, the ground below your feet changes some, people tend to feel more pain and bleed more.  Many people also seem to feel more of an emotional unbalance strain.

New Moon, is when you can't see the moon in the night sky.  Some say it has "disappeared".  It's just not visible or lit because it's in the same part of the sky as the sun, so the "backside" or "dark-side" of the moon is facing us here on Earth.

Wake of the Moon, this is a good to know because it's the time frame around the full or new moon.  The wake of the moon is about three days, the day before, the day of, and the day after the full or new moon.  If it's a super-moon, meaning the moon is closer to the planet, then you will see the effects a little longer.  An example would be with tides.  Tides are often called King tides" when the full moon is overhead and closer to the planet, because the gravitational pull on the planet changes.

Waning Moon, a moon is full for a minute in a day.  Even though we call it a full moon day, or night, it's really only at it's fullest at one minute.  The very next minute, the moon is starting to wan/wane.  Each night that passes you will see a little less of the bright round moon.  Waning is the moon getting darker and darker.

Waxing Moon, a moon is new for a minute in a day.  Again even though we have a new moon day, or a new moon night, it's really only new for a minute.  Each minute after that the moon is waxing, that means it is on it's way towards again being round and full.  Waxing is the moon getting brighter and brighter.
What's my opposite?

First you will want to know your sun sign.  Simply your horoscope sign.  For example an Aquarius is a person born between January 20th and February 18th.

Next, use the chart below to see Your Opposite.
​
Aries, Libra
Taurus, Scorpio
Gemini, Sagittarius
Cancer, Capricorn
Leo, Aquarius
Virgo, Pisces

And just in case you need it: